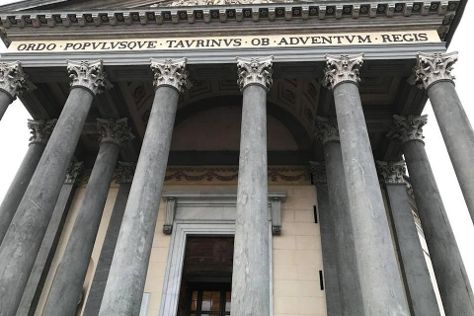 Step off the beaten path and head to Castello di Fenis and Civic Museum of Ancient Art (Palazzo Madama). Visit Natural Baay - Lido di Gozzano and Asti Lido 2000 Piscine for some beach relaxation. Get out of town with these interesting Turin side-trips: Zoom Torino (in Cumiana), Merenda con corvi (in Pinerolo) and Palazzina di Caccia di Stupinigi (in Stupinigi). categoryPhrases.sentence.On_the_day_spend_an_exhilarating_day_on_the_slopes_at Champorcher Ski Station. Spend the 20th (Thu) exploring nature at Gran Paradiso National Park. There's lots more to do: contemplate the long history of La Bollente, take in the dramatic scenery at Lillaz Waterfalls, get engrossed in the history at Museo Egizio, and see the interesting displays at Juventus Museum.

If you are flying in from Mexico, the closest major aiports are Malpensa International Airport, Turin Airport and Genoa Cristoforo Colombo Airport. In February in Turin, expect temperatures between 5°C during the day and 0°C at night. Cap off your sightseeing on the 27th (Thu) early enough to travel back home.
more less