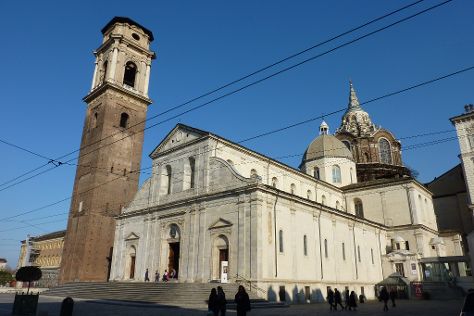 Deepen your sense of the past at sights like Reggia di Venaria Reale and Palazzo Reale. Change things up with these side-trips from Turin: Sacra di San Michele (in Sant'Ambrogio di Torino), Serravalle Designer Outlet (in Serravalle Scrivia) and Forte di Bard (in Bard). Next up on the itinerary: see the interesting displays at Museo Nazionale del Cinema, admire the masterpieces at Museo Egizio, make a trip to Piazza Castello, and see where the action happens at Juventus Stadium.

To see traveler tips, ratings, more things to do, and more tourist information, use the Turin online trip maker.

If you are flying in from France, the closest major aiports are Malpensa International Airport, Turin Airport and Genoa Cristoforo Colombo Airport. In June, daytime highs in Turin are 26°C, while nighttime lows are 18°C. Cap off your sightseeing on the 23rd (Sun) early enough to travel back home.
more less