Find out how to plan Venice trip without stress by asking Inspirock to help create an itinerary.

Montreal, Canada to Venice is an approximately 12-hour flight. You can also do a combination of train and flight. The time zone difference when traveling from Montreal to Venice is 6 hours. Expect warmer temperatures when traveling from Montreal in January; daily highs in Venice reach 9°C and lows reach 0°C. Finish up your sightseeing early on the 14th (Tue) so you can go by car to Bellagio.
more less

Padua
Find places to stay Jan 7 — 14:
Hotels on TripAdvisor
Homes on Airbnb
Highlights from your plan

Known as the pearl of Lake Como for its luxury accommodations, high-end shops, and fine dining options, Bellagio serves as the lake's premiere resort town.

For reviews, ratings, other places to visit, and tourist information, refer to the Bellagio holiday planner.

Getting from Venice to Bellagio by car takes about 3.5 hours. Other options: take a train; or do a combination of train and bus. In January, daytime highs in Bellagio are 8°C, while nighttime lows are -1°C. Wrap up your sightseeing on the 20th (Mon) early enough to drive to Verona.
more less

Things to do in Bellagio

Get out of town with these interesting Verona side-trips: Scuola Sci Asiago (in Asiago), Scuola Italiana di Sci & Snowboard Kristal (in Andalo) and Scuola Italiana di Sci Azzurra (in Folgarida). There's still lots to do: experience the emotional art of opera at Arena di Verona, take a stroll through Quinzano, learn about winemaking at Bertani, and head outdoors with King Rock arrampicata.

To see more things to do, maps, traveler tips, and tourist information, you can read our Verona online trip builder .

You can drive from Bellagio to Verona in 2.5 hours. Other options are to take a train; or take a bus. Finish up your sightseeing early on the 26th (Sun) so you can catch the train to Florence.
more less

Go for a jaunt from Florence to Pisa to see Leaning Tower of Pisa about 1h 10 min away. And it doesn't end there: explore the world behind art at Gallerie Degli Uffizi, don't miss a visit to Piazzale Michelangelo, get engrossed in the history at Basilica di Santa Croce, and take in the spiritual surroundings of Cathedral of Santa Maria del Fiore.

For where to stay, ratings, maps, and tourist information, go to the Florence trip itinerary maker website .

Getting from Verona to Florence by train takes about 2 hours. Other options: drive; or take a bus. Expect a daytime high around 13°C in January, and nighttime lows around 3°C. Finish up your sightseeing early on the 2nd (Sun) so you can catcht the bus to Siena.
more less

Siena is known for historic sites, museums, classes, shopping, and parks. Your plan includes some of its best attractions: make a trip to Piazza del Campo, browse the collection at Biblioteca Piccolomini, enjoy unforgettable views with a balloon tour, and steep yourself in history at Centro Storico di Siena.

For where to stay, reviews, more things to do, and more tourist information, refer to the Siena online itinerary maker .

Traveling by bus from Florence to Siena takes 1.5 hours. Alternatively, you can drive; or take a train. In February, plan for daily highs up to 16°C, and evening lows to 5°C. Wrap up your sightseeing on the 8th (Sat) early enough to drive to Assisi.
more less

To see traveler tips, ratings, other places to visit, and other tourist information, read our Assisi trip itinerary builder tool .

Traveling by car from Siena to Assisi takes 2 hours. Alternatively, you can take a bus; or take a train. In February in Assisi, expect temperatures between 13°C during the day and 4°C at night. Finish your sightseeing early on the 14th (Fri) to allow enough time to drive to Rome.
more less

Rome is known for historic sites, nightlife, museums, classes, and shopping. Your plan includes some of its best attractions: steep yourself in history at Colosseum, take in the architecture and atmosphere at St. Peter's Basilica, delve into the distant past at Palatine Hill, and wander the streets of Trastevere.

For where to stay, ratings, more things to do, and other tourist information, you can read our Rome visit planner .

You can drive from Assisi to Rome in 2.5 hours. Alternatively, you can take a train; or take a bus. In February in Rome, expect temperatures between 16°C during the day and 5°C at night. Cap off your sightseeing on the 20th (Thu) early enough to catch the train to Salerno.
more less

Plan trip to Salerno with our itinerary maker to find out where to go and what to do.

You can take a train from Rome to Salerno in 2 hours. Alternatively, you can drive; or take a bus. Plan for somewhat warmer nights when traveling from Rome in February since evenings lows in Salerno dip to 11°C. Finish up your sightseeing early on the 27th (Thu) so you can catch the ferry to Positano.
more less 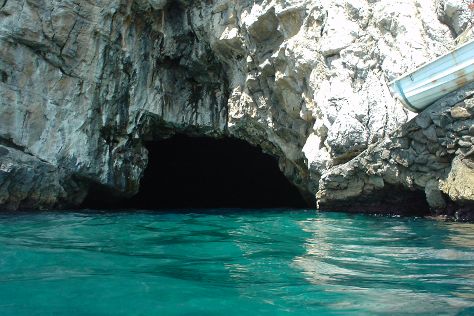 Often referred to as the gem of the Amalfi Coast, Positano remains one of southern Italy's most sought-after vacation locales, thanks to its hillside location and picturesque, pastel buildings.

To see other places to visit, ratings, where to stay, and tourist information, read Positano trip itinerary planning tool .

You can ride a ferry from Salerno to Positano in 1.5 hours. Other options are to do a combination of train and taxi; or drive. Expect a daytime high around 17°C in February, and nighttime lows around 11°C. Wrap up your sightseeing by early afternoon on the 3rd (Tue) to allow time for travel back home.
more less

Things to do in Positano