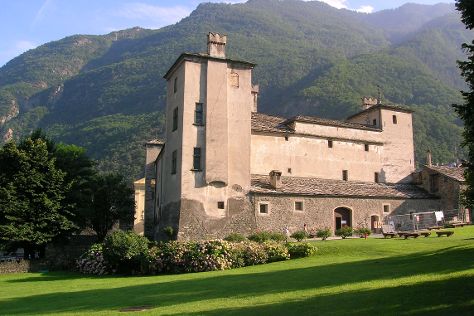 Get a sense of the local culture at Castello di Issogne and Museo Nazionale del Cinema. Take a break from the city and head to Pila and Spiaggia Miami. Venture out of the city with trips to Verres Castle (in Verres), Parco Nazionale Gran Paradiso (in Aosta) and Reggia di Venaria Reale (in Venaria Reale). There's much more to do: admire the masterpieces at Egyptian Museum of Turin, wander the streets of Quadrilatero Romano, see the interesting displays at Museo Nazionale dell'Automobile, and get a taste of the local shopping with Via Roma.

To see maps, other places to visit, where to stay, and other tourist information, go to the Turin travel itinerary planner .

If you are flying in from United States, the closest major airports are Malpensa International Airport, Turin Airport and Genoa Cristoforo Colombo Airport. In March in Turin, expect temperatures between 51°F during the day and 40°F at night. Wrap up your sightseeing on the 11th (Sun) early enough to travel back home.
more less