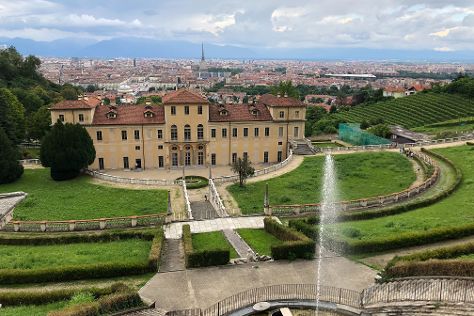 Take a break from the city and head to River Rafting & Tubing and Colline di Torino. Get some cultural insight at Santuario di Oropa and Santuario Basilica di Montis Regalis. Venture out of the city with trips to Castello della Manta (in Manta), Castello e Parco di Masino (in Caravino) and Cave Bossea (in Frabosa Soprana). There's much more to do: step into the grandiose world of Castello Reale di Sarre, explore the world behind art at MAO - Museo d'Arte Orientale, contemplate in the serene atmosphere at Collegiata dei Santi Pietro e Orso, and explore the ancient world of Criptoportico Forense.

To find where to stay, traveler tips, reviews, and tourist information, go to the Turin sightseeing planner.

If you are flying in from United States, the closest major aiports are Malpensa International Airport, Turin Airport and Genoa Cristoforo Colombo Airport. July in Turin sees daily highs of 78°F and lows of 65°F at night. Wrap up your sightseeing on the 6th (Thu) early enough to travel back home.
more less