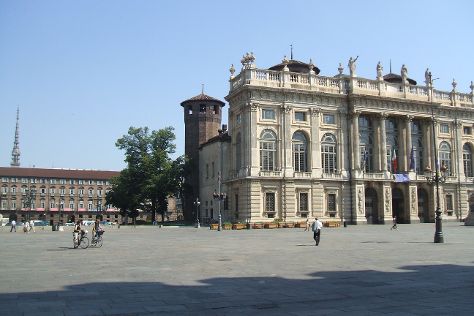 Bring the kids along to Parco Nazionale Gran Paradiso and Parco del Valentino. Eschew the tourist crowds and head to Yes Snowboard & Ski School and Colline di Torino. And it doesn't end there: test your problem-solving skills at popular escape rooms, take in the spiritual surroundings of Duomo di Torino e Cappella della Sacra Sindone, explore the world behind art at Egyptian Museum of Turin, and get great views at Basilica of Superga.

If you are flying in from Australia, the closest major airports are Malpensa International Airport, Turin Airport and Genoa Cristoforo Colombo Airport. January in Turin sees daily highs of 6°C and lows of 1°C at night. Cap off your sightseeing on the 4th (Sat) early enough to travel back home.
more less