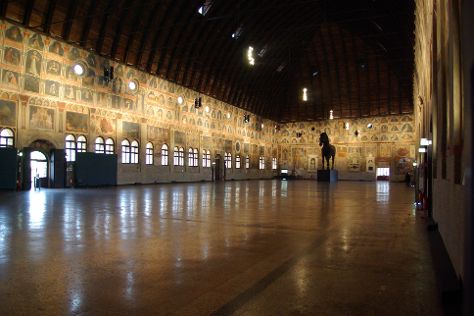 Popular historic sites such as Scrovegni Chapel and Chiesa degli Eremitani are in your itinerary. Explore hidden gems such as Ragione Palace and Basilica e Scoletta di S.Maria del Carmine. Explore Padua's surroundings by going to Sacrario di Cima Grappa (in Borso del Grappa), Piazza Garibaldi (in Bassano Del Grappa) and Castello Inferiore (in Marostica). And it doesn't end there: contemplate in the serene atmosphere at Battistero del Duomo, steep yourself in history at Colonna del Peronio, don't miss a visit to Piazza della Frutta, and delve into the distant past at Teatro Anatomico.

To see traveler tips, maps, other places to visit, and other tourist information, use the Padua trip itinerary builder website .

Melbourne, Australia to Padua is an approximately 30-hour combination of flight and car. The time zone changes from Australian Eastern Standard Time (Victoria) (AEST) to Central European Time (CET), which is usually a -9 hour difference. Expect somewhat warmer temperatures when traveling from Melbourne in May; daily highs in Padua reach 24°C and lows reach 17°C. Finish your sightseeing early on the 2nd (Tue) so you can take a train to Bologna.
more less

You can take a train from Padua to Bologna in an hour. Alternatively, you can take a bus; or drive. Traveling from Padua in June, expect a bit cooler with lows of 19°C in Bologna. Wrap up your sightseeing on the 6th (Sat) to allow time to take a train to Milan.
more less

For more things to do and other tourist information, read Milan online tour itinerary planner .

You can take a train from Bologna to Milan in 1.5 hours. Other options are to drive; or take a bus. In June, daytime highs in Milan are 33°C, while nighttime lows are 20°C. Finish your sightseeing early on the 9th (Tue) to allow enough time to drive to Menaggio.
more less 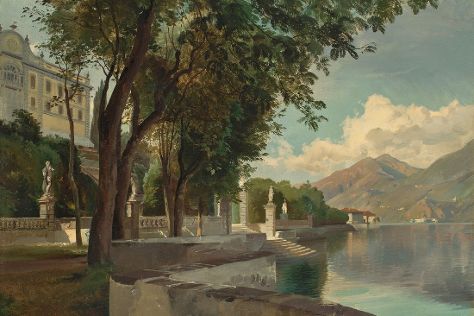 ©
Menaggio is a town and comune in the province of Como, Lombardy, northern Italy, located on the western shore of Lake Como at the mouth of the river Senagra.Menaggio has three frazioni (parishes): Croce, Loveno and Nobiallo.HistoryThe area of current Menaggio was conquered by the Romans in 196 BC. Get a sense of the local culture at Villa Carlotta and Villa Fogazzaro Roi. Discover out-of-the-way places like Lido di Menaggio and Chiesa di San Vincenzo. Explore Menaggio's surroundings by going to Chiesa di San Giorgio (in Varenna), Orrido di Bellano (in Bellano) and Montagna in Valtellina (Castello di Mancapane & Castel Grumello). Next up on the itinerary: play a few rounds at Menaggio & Cadenabbia Golf Club, contemplate in the serene atmosphere at Chiesa S.Maria delle Grazie, take in the architecture and atmosphere at Chiesa Santa Maria del Tiglio, and wander the streets of Menaggio.

To see other places to visit, where to stay, maps, and other tourist information, read Menaggio trip itinerary builder site .

Getting from Milan to Menaggio by car takes about 2 hours. In June, plan for daily highs up to 32°C, and evening lows to 19°C. Cap off your sightseeing on the 13th (Sat) early enough to travel to Lucerne.
more less

Things to do in Menaggio

Take a break from the city and head to Mt Pilatus and Glacier Garden (Gletschergarten). Step off the beaten path and head to Chapel Bridge and Bourbaki Panorama. There's still lots to do: look for all kinds of wild species at Pilatus Luzern, explore the world behind art at The Rosengart Collection, appreciate the history behind Lion Monument, and take in the spiritual surroundings of Hofkirche.

To find more things to do, reviews, where to stay, and more tourist information, use the Lucerne trip maker site .

You can drive from Menaggio to Lucerne in 3 hours. Traveling from Menaggio in June, expect Lucerne to be slightly colder, temps between 27°C and 15°C. Cap off your sightseeing on the 15th (Mon) early enough to go by car to Interlaken.
more less

Nestled between Lake Thun and Lake Brienz in the heart of the Jungfrau region, Interlaken became popular for its proximity to the mountains and lakes of the Bernese Oberland region.

Get outdoors at Harderkulm and Aletsch Glacier. Get some historical perspective at Rothenfluh Ruins and Rom.-Katholische Kirchgemeinde. Get out of town with these interesting Interlaken side-trips: Oberhofen Castle (in Oberhofen am Thunersee), Aare Gorge (in Meiringen) and Matte (in Bern). There's lots more to do: fly like a bird with a parasailing or paragliding tour, take in the awesome beauty at Lauterbrunnen Village, tee off at Golf Club Interlaken-Unterseen, and pause for some serene contemplation at Schlosskirche.

To find reviews, more things to do, where to stay, and tourist information, refer to the Interlaken road trip planning website .

You can drive from Lucerne to Interlaken in 1.5 hours. Another option is to take a train. In June, daily temperatures in Interlaken can reach 26°C, while at night they dip to 13°C. Wrap up your sightseeing by early afternoon on the 20th (Sat) to allow enough time to travel back home.
more less

Things to do in Interlaken