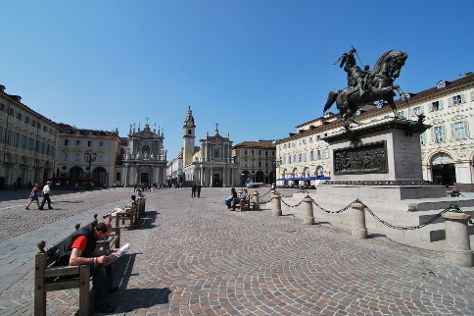 On the 11th (Wed), take some stellar pictures from Basilica of Superga, see the interesting displays at Museo Nazionale del Cinema, and then make a trip to Piazza Castello. Keep things going the next day: get engrossed in the history at Museo Egizio, then make a trip to Piazza San Carlo, then examine the collection at Museo Nazionale dell'Automobile, and finally test your team's savvy at popular escape rooms.

Ask Inspirock to suggest an itinerary and make planning a trip to Turin fast, fun, and easy.

If you are flying in from United Kingdom, the closest major aiports are Malpensa International Airport, Turin Airport and Genoa Cristoforo Colombo Airport. In September in Turin, expect temperatures between 24°C during the day and 17°C at night. Wrap up your sightseeing on the 12th (Thu) early enough to travel back home.
more less

Basilica of Superga
Find places to stay Sep 11 — 12:
Hotels on TripAdvisor
Homes on Airbnb
Highlights from your plan