On the 19th (Fri), stroll around Parco Naturale del Monte San Giorgio, then contemplate in the serene atmosphere at Duomo di Torino e Cappella della Sacra Sindone, and then admire the masterpieces at Museo Egizio. Get ready for a full day of sightseeing on the next day: make a trip to Piazza San Carlo, see the interesting displays at Museo Nazionale del Cinema, and then get great views at Basilica of Superga.

To find more things to do, other places to visit, traveler tips, and more tourist information, refer to the Turin journey planner.

On the 21st (Sun), revel in the low prices at Fidenza Village, step into the grandiose world of Rocca Sanvitale di Fontanellato, and then take in the spiritual surroundings of Battistero di Parma. Get ready for a full day of sightseeing on the 22nd (Mon): explore the historical opulence of Castello di Torrechiara, then make a trip to Palazzo Giardino, then stroll around Parco Ducale, and finally take in the spiritual surroundings of Cattedrale di Parma.

To find where to stay, reviews, ratings, and other tourist information, use the Parma sightseeing planning site.

Drive from Turin to Parma in 2.5 hours. Alternatively, you can take a train; or take a bus. While traveling from Turin, expect somewhat warmer days and about the same nights in Parma, ranging from highs of 65°F to lows of 51°F. Wrap up your sightseeing on the 22nd (Mon) to allow time to take a train to Modena.
more less

Deemed the Capital of Engines, Modena is the birthplace of Enzo Ferrari and the headquarters of Italian sports cars.

On the 23rd (Tue), appreciate the extensive heritage of Piazza Grande, experience rural life at Antica Acetaia Villa Bianca, and then brush up on your knowledge of spirits at Acetaia Villa San Donnino.

Traveling by train from Parma to Modena takes an hour. Alternatively, you can take a shuttle; or drive. In October in Modena, expect temperatures between 67°F during the day and 52°F at night. Cap off your sightseeing on the 23rd (Tue) early enough to catch the train to Bologna.
more less

Things to do in Modena 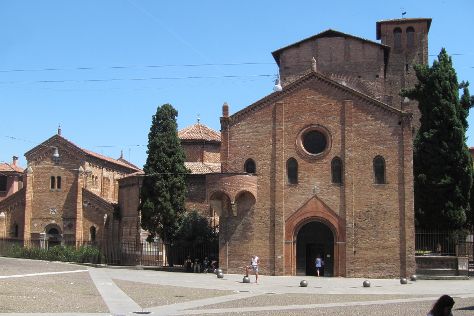 Start off your visit on the 24th (Wed): don't miss a visit to Piazza Maggiore, then take in the architecture and atmosphere at Basilica - Santuario di Santo Stefano, then take in panoramic vistas at Le Due Torri Torre degli Asinell, and finally contemplate the long history of Basilica di San Petronio. On your second day here, let your taste buds guide you at a local gastronomic tour, then steep yourself in history at Palazzo Schifanoia (Palazzo della Gioia), and then contemplate the long history of Castello Estense.

To plan Bologna vacation without wasting time, ask Inspirock to design an itinerary.

Getting from Modena to Bologna by train takes about an hour. Other options: take a bus; or drive. Expect a daytime high around 67°F in October, and nighttime lows around 52°F. Finish your sightseeing early on the 25th (Thu) so you can take a train to Florence.
more less

Ferrara
Find places to stay Oct 23 — 25:
Hotels on TripAdvisor
Homes on Airbnb
Highlights from your plan

Florence is known for museums, historic sites, and shopping. Your plan includes some of its best attractions: admire the masterpieces at Florence Academy of Fine Arts, take in the views from Ponte Vecchio, get a sense of history and politics at Palazzo Vecchio, and take in the spiritual surroundings of The Baptistery of St. John.

For other places to visit, more things to do, maps, and other tourist information, you can read our Florence trip itinerary maker site.

Traveling by train from Bologna to Florence takes an hour. Alternatively, you can take a bus; or drive. In October, plan for daily highs up to 71°F, and evening lows to 54°F. Finish your sightseeing early on the 28th (Sun) so you can drive to Alba.
more less 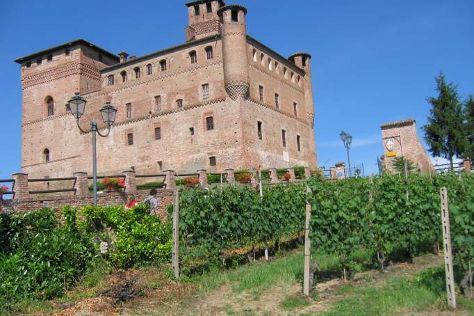 ©
Alba is a town and comune of Piedmont, Italy, in the province of Cuneo. On the 29th (Mon), step into the grandiose world of Castello di Grinzane Cavour, do a tasting at Marchesi di Barolo - Sede legale, magazzini e spedizioni, then see the interesting displays at WiMu - Museo del Vino a Barolo, and finally don't miss a visit to Centro Storico. Get ready for a full day of sightseeing on the next day: make a trip to Lungomare Europa - pista ciclabile fra Varazze e Cogoleto, contemplate the long history of Fortezza del Priamar, then make a trip to Finalborgo, and finally Head underground at Grotte di Toirano.

To see maps, where to stay, and other tourist information, use the Alba online trip itinerary planner.

Traveling by car from Florence to Alba takes 4 hours. Alternatively, you can take a train; or take a train. Traveling from Florence in October, expect Alba to be slightly colder, temps between 63°F and 47°F. Wrap up your sightseeing by early afternoon on the 31st (Wed) to allow enough time to travel back home.
more less

Things to do in Alba