Kick off your visit on the 14th (Sun): take a stroll through Brera District, explore the historical opulence of Castello Sforzesco, pause for some serene contemplation at Chiesa di Santa Maria presso San Satiro, thencontemplate in the serene atmosphere at Duomo di Milano, and finally take an in-depth tour of Villa Necchi Campiglio.

Plan a Milan trip in moments using our itinerary builder.

Brisbane, Australia to Milan is an approximately 27-hour flight. The time zone difference moving from Australian Eastern Standard Time (AEST) to Central European Standard Time (CET) is minus 9 hours. Plan for a bit warmer temperatures traveling from Brisbane in July, with highs in Milan at °C and lows at °C. Wrap up your sightseeing by early afternoon on the 15th (Mon) to allow time for the car ride to Cinque Terre.
more less

Made up of five picturesque towns on the Ligurian coast, Cinque Terre is Italy's answer to the French Riviera.

Visit Chiesa di San Lorenzo and Chiesa Di San Pietro for their historical value. Get some cultural insight at Borgo Storico di Corniglia and Borgo Storico di Manarola. There's much more to do: hike along Footpath Monterosso - Vernazza, do a tasting at Cinque Terre Walk and Drink, step into the grandiose world of Castello Doria, and pause for some serene contemplation at Santuario di Nostra Signora di Montenero.

For more things to do, other places to visit, maps, and other tourist information, you can read our Cinque Terre holiday app.

Traveling by car from Milan to Cinque Terre takes 3 hours. Alternatively, you can take a train. In July, plan for daily highs up to °C, and evening lows to °C. Finish up your sightseeing early on the 18th (Thu) so you can go by car to Florence.
more less

Things to do in Cinque Terre

You'll explore and learn at Florence Academy of Fine Arts and Pitti Palace. Get a sense of the local culture at Cathedral of Santa Maria del Fiore and The Baptistery of St. John. There's much more to do: ponder the world of politics at Museo Nazionale del Bargello, snap pictures at Ponte Vecchio, let your taste buds guide you at a local gastronomic tour, and contemplate the long history of Loggia dei Lanzi.

Traveling by car from Cinque Terre to Florence takes 2.5 hours. Alternatively, you can take a train. In July in Florence, expect temperatures between °C during the day and °C at night. Wrap up your sightseeing by early afternoon on the 22nd (Mon) to allow time for the train ride to Bologna.
more less 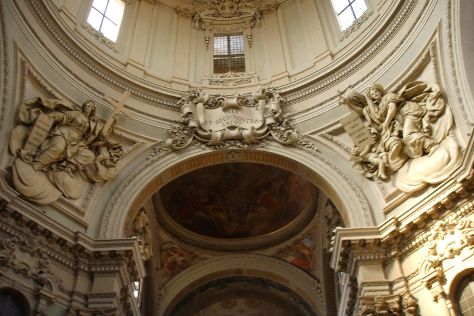 Kick off your visit on the 22nd (Mon): contemplate in the serene atmosphere at Chiesa di Santa Maria della Vita and then see the interesting displays at La Macchina del Tempo. On the 23rd (Tue), you'll have a packed day of sightseeing: get outside with Torre Prendiparte, pause for some serene contemplation at Cattedrale di San Pietro, stop by La Piccola Venezia, explore the different monuments and memorials at Cimitero monumentale della Certosa, thenpause for some serene contemplation at Complesso Monumentale San Michele In Bosco, and finally take in the spiritual surroundings of Basilica di San Domenico.

You can take a train from Florence to Bologna in 1.5 hours. Alternatively, you can drive; or take a bus. In July in Bologna, expect temperatures between °C during the day and °C at night. Finish your sightseeing early on the 24th (Wed) to allow enough time to take a train to Milan.
more less

Start off your visit on the 24th (Wed): don't miss a visit to Piazza del Duomo.

Discover how to plan a Milan trip in just a few steps with Inspirock's itinerary builder.

Take a train from Bologna to Milan in 2 hours. Alternatively, you can drive; or take a bus. On the 25th (Thu), you'll have the morning to explore before heading back home.
more less