You've added Trevi Fountain, Trajan's Column, Mercati di Traiano - Museo dei Fori Imperiali, and other attractions to your itinerary. Head to Via Condotti and Mostra Permanente Tommaso Gismondifor plenty of shopping. Get some cultural insight at Colosseum and Palatine Hill. When in Rome, make a side trip to see Museo e Cripta della Cattedrale di Anagni in Anagni, approximately 1h 05 min away. And it doesn't end there: delve into the distant past at Pantheon, get to know the fascinating history of Piazza Navona, explore the striking landscape at Colle del Gianicolo, and contemplate in the serene atmosphere at Santa Maria Sopra Minerva.

For photos, where to stay, more things to do, and tourist information, use the Rome vacation builder website .

Bucharest, Romania to Rome is an approximately 5.5-hour flight. You can also do a combination of flight and train; or drive. The time zone difference moving from Eastern European Time (EET) to Central European Time (CET) is minus 1 hour. Plan for a bit warmer temperatures traveling from Bucharest in February, with highs in Rome at 16°C and lows at 5°C. Wrap up your sightseeing on the 15th (Sat) to allow time to take a subway to Vatican City.
more less

Anagni
Find places to stay Feb 11 — 15:
Hotels on TripAdvisor
Homes on Airbnb
Highlights from your plan

Covering 44 hectares (110 acres) in the city center of Rome, the wall-enclosed sovereign state of Vatican City is one of the most famous religious sites worldwide, serving as the papal residence and home of the Roman Catholic church.

Your day-by-day itinerary now includes Vatican Museums as well as Sphere within a Sphere. Start off your visit on the 15th (Sat): make a trip to Sphere within a Sphere, admire the masterpieces at Vatican Museums, contemplate in the serene atmosphere at Cupola di San Pietro, then contemplate the long history of St. Peter's Basilica, and finally take in the spiritual surroundings of Baldacchino di San Pietro, di Bernini.

To find reviews, ratings, other places to visit, and more tourist information, refer to the Vatican City holiday app .

Vatican City is just a stone's throw from Rome. February in Vatican City sees daily highs of 17°C and lows of 5°C at night. Finish your sightseeing early on the 15th (Sat) so you can take a subway to Rome.
more less

Things to do in Vatican City

Your list of things to see and do now includes Porta dei Borsari, Centro Storico, Cioccolateria Via Conventino, and other attractions. Get some historical perspective at Museo di Castelvecchio and Arena di Verona. Do some cultural sightseeing at Piazza delle Erbe and Casa di Giulietta. And it doesn't end there: admire the landmark architecture of Arche Scaligere, contemplate the long history of I Portoni della Bra, take in the architecture and atmosphere at chiesa di San Lorenzo - Verona, and take in panoramic vistas at Torre dei Lamberti.

You can take a train from Rome to Verona in 3 hours. Alternatively, you can fly; or drive. Expect slightly colder temperatures when traveling from Rome in February; daily highs in Verona reach 10°C and lows reach 1°C. On the 19th (Wed), wrap the sightseeing up by early afternoon so you can take a bus to Venice.
more less

You've now added Venetian Arsenal to your itinerary. Do some cultural sightseeing at Piazza San Marco and Basilica di Santa Maria Gloriosa dei Frari. Step off the beaten path and head to San Giorgio Maggiore and Natural History Museum. There's much more to do: see the interesting displays at Doge's Palace, wander the streets of Dorsoduro, pause for some serene contemplation at Basilica di Santa Maria della Salute, and admire the landmark architecture of Basilica di San Marco.

To see more things to do, traveler tips, reviews, and tourist information, refer to the Venice online sightseeing planner .

Traveling by bus from Verona to Venice takes 1.5 hours. Alternatively, you can drive; or take a shuttle. In February in Venice, expect temperatures between 11°C during the day and 3°C at night. Wrap up your sightseeing on the 24th (Mon) to allow time to travel to Rome.
more less 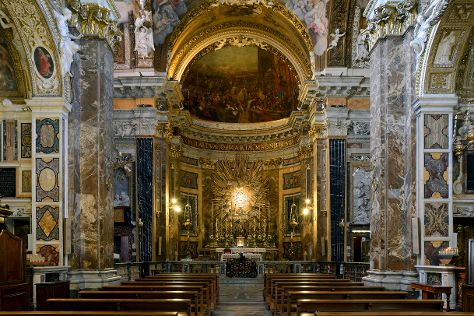 Kick off your visit on the 24th (Mon): take in the architecture and atmosphere at Santa Maria della Vittoria, explore the world behind art at Villa Farnesina, and then pause for some serene contemplation at Chiesa del Gesu.

To see reviews, maps, where to stay, and tourist information, use the Rome travel route planning site .

Getting from Venice to Rome by flight takes about 3.5 hours. Other options: take a train; or drive. Traveling from Venice in February, you will find days in Rome are a bit warmer (16°C), and nights are about the same (5°C). Finish your sightseeing early on the 24th (Mon) so you can travel back home.
more less